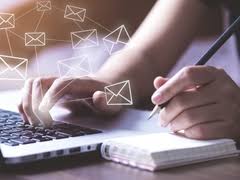 Coronavirus and the Health of the Body Politic

A prescient letter by John Buell, published in early March in the MDI Islander:  “Is the United States prepared to deal with a public health emergency? At this point such an emergency seems likely, but, even if it were not, the consequence of inaction is catastrophic and must be planned for……The many holes in our health insurance system combined with the extreme inequalities in our political economy constitute a perfect storm for aggravating the crisis. Surveys have shown that nearly half of the population could not come up with $500 to meet an unexpected expense. In addition, if they are insured they likely face so many co- pays and deductibles that visiting the doctor is a nonstarter……Paid sick leave, more work at home four-day workweek, universal healthcare, and job guarantees would be a good start.”  Read the full op-ed HERE.

“….This crisis has certainly accentuated the need for a more equal and accessible health care system and a more timely reimbursement for the health care providers and institutions…

Now is the time to move forward with publicly funded universal health care, if not as a nation, then at least as a state. We along with several other states could lead the way. As one who has been fortunate enough to afford health care, I am not averse to being taxed in a proportionate way.”  Read the full letter HERE.

Comparing the response to the virus by Canada and by the U.S. is illuminating and instructive

The Rev. Richard Kilmer of Yarmouth, published in the Portland Press Herald, compares the climate and health situations in Canada and the US:  “…Why are there more deaths in the U.S.? Two major reasons seem to be the answer. Canada has a good health care system that is free to all Canadians and seems to have the support of almost all Canadians. So, nobody said I can’t afford to go to the doctor to see if I have COVID. There were testing and hospitalization for those needing it and there were plenty of masks and ventilators and personal protective equipment.  In addition, the Trump administration ended the White House’s National Security Council Directorate for Global Health Security and Biodefense, whose mission was to protect Americans from pandemics.
In Canada, there is a belief that government should have the right to make decisions in times of need. Governments are trusted to make decisions based on their understanding of the common good. Because that is true, all of the provincial governments, no matter what their party, agree with the federal government’s strategies on COVID.”  Read the full Maine Voices editorial HERE.

Charles Rasmussen of Tremont writes in the MDI Islander, comparing his healthcare covered by the VA to a friend’s care “covered” by private health insurance: “…And it was truly wonderful to later receive an itemized list of all the costs incurred for my treatment with “Paid in Full” at the bottom of the page. Thank you, dear taxpayers of America. You didn’t even notice the expense, any more than you noticed what you spent to send me off long ago to a very costly war.”  And his friend: “His decent healthcare-provider insurance covered most of it, but he was left with “out of pocket” expenses of $30,000! For tests. Tests that he didn’t actually need. It’s like if the fire department came to your house on a false alarm and then gave you a $30,000 dollar bill for informing you that your house wasn’t on fire. That is deplorable.”  Read the full letter, including his reference to Coronavirus HERE.

Medicare Care for all is fiscally viable and necessary

Jessica LaMontagne of Dover NH explains her view about how a public option could be the start of a voluntary transition to Medicare for All. She responds to another Letter to the Editor which was previously published in SeaCoast Online and shared on our website.  Read her letter HERE.

At Maine AllCare, we rely upon the generosity of our supporters to help achieve our mission. Donate today via:

Maine AllCare promotes the establishment of publicly funded healthcare coverage for all Maine residents. This system must be efficient, financially sound, politically sustainable and must provide benefits fairly distributed to all.

Maine AllCare advocates that healthcare, a basic necessity, be treated as a public good, since it is fundamental to our well-being as individuals and as a democratic nation.